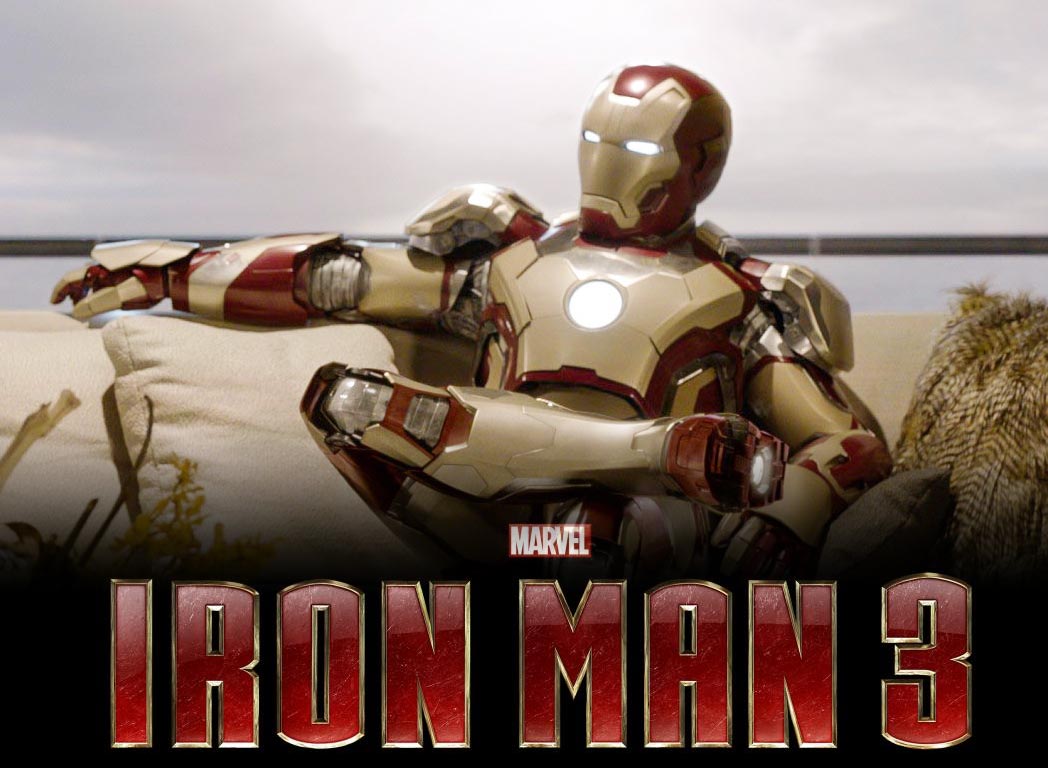 In terms of superhero/nerdy movies, Marvel really has a monopoly on the market right now. With the success of the Avengers films and DC gasping for air with their recent casting choices for Batman vs. Superman, it is safe to assume that a Marvel film will be a lot of fun is usually a good bet. Last year, comic book fans saw the release of the first movie after the events of The Avengers AKA Iron Man 3, and Robert Downy Junior’s “supposed” final performance as Tony Stark. While a lot of people raved about the film and its amazing special effects, the dozens of Iron Man suits, and RDJ’s undeniable charm, the movie missed a real opportunity to become more than just a Super Hero movie and have more credibility with the world of cinema in 2013. In this article, I am going to explain how Iron Man 3 could have been less like the mediocre X-Men 2, and more like The Dark Knight.

The movie takes place not long after the ending of The Avengers where Tony is reeling over the revelation that humans are not only alone in the universe, but they are also immensely outgunned. We find him living in his lab working around the clock on more and more suits running only on caffeine and fear. When his trusted assistant (and more recently lover) Pepper Potts comes down to check on him and figure out what he has been doing in the lab for so long, Tony responds with “But threat is imminent, and I have to protect the one thing that I can't live without. That's you.”

This statement is the springboard for the entire movie from Tony’s new collection of super suits, to Pepper’s capture, to Tony using everything in his power (or in some parts of the movie, lack of power) to fulfill this theme and save her life from this new threat. Looking at this layout of the film and after watching the film you wonder, how could this movie be pulled up from its pedestal of mediocrity and lifted to the legendary mountainous heights that hold up The Dark Knight? 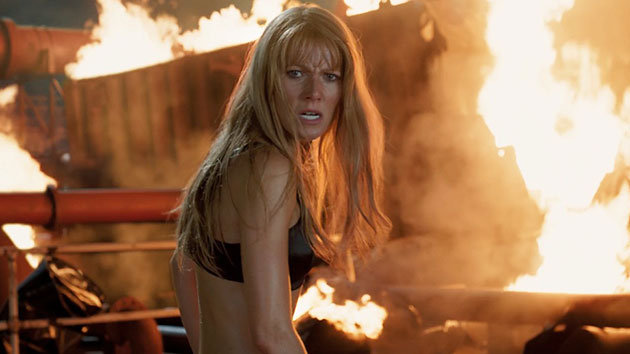 Simple, Pepper Potts should have died.

But why kill off Pepper? Isn’t the point of any super hero movie to save the girl, save the day, and live a happy ending until the sequel? Well, that is the mindset where Comic Book Mediocrity lives and thrives and is not necessarily the making of good cinema. The reason why Pepper should have (and in my opinion NEEDED to die) is not just because it would have made the story stronger but it also would have made the ending make sense. Remember this scene?

When Tony arrives at the final battle scene (cleverly placed in a shipping yard) to save Pepper, he brought everything he could to the fight against his villain. Not just one… but all 42 Iron Man suits came into play to fight Aldrich Killian and rescue his true love. At the start of the fight, Tony jumps from suit to suit and uses every advantage each suit was designed for to fight this super powered menace. But despite all of this, Tony isn’t able to catch Pepper when she hung from the rafters of one of the shipping cubes, and plummets to the ground below.

What sets off the third act of the film is Tony’s reaction to Pepper’s death where he goes completely berserk on Aldrich Killian and throws everything he can at him, including one of his suits (literally). The audience has never seen this part of Tony Stark before because he has never in his life lost something he has cared about. His attitude has always been that life was about him, and he could buy/build anything he wants. If it breaks? Who cares! I’ll buy/build another one!

Pepper is the first and ONLY thing Tony ever cared for outside of his comfort zone and when he thinks she dies, he lost something he cannot buy or fix and we see a side of Tony no one (not even Tony) has ever seen before. The raw emotion in his fighting and the rage that fueled his tactical mindset in the battle was nothing we’ve ever experienced. Then, when Tony had the idea to put a suit on Killian and have it blown up? That should have been the END of the fight scene because Tony would have won after putting everything on the line and living with the consequences for it.

Ending here, the fear Tony had to keep building weapons in order to protect Pepper comes true and because of this, the end of the movie actually makes sense. Without someone to protect, Tony would get the surgery to remove the shrapnel from his chest, stop making machines, and hang up his Iron Man helmet for good. If he kept going on with the Arc Reactor and making better and cooler suits, what would be the point anymore?

At the end of Iron Man 3, Tony returns to the cliff where his house once resided but now all that remains is a pile of rubble. He looks at his Arc Reactor, the source of all his power and genius, and throws it into the water never to be seen again. If Pepper had actually died, this symbolic moment would have been a lot more powerful because it represents how he has given up the life he had that, in a sense, was given to him by Pepper. With this scene in mind, Tony would not care what happened to himself or anyone else because he has lost his will to fight and would want nothing to do with Iron Man ever again.

Looking at the movie AS IS, Tony trashes all of his suits to stop his villain to no avail, but Pepper jumps in at the last minute to save the day. (Which was a great twist and it’s always amazing to see Pepper Potts kick some ass.) But then after this, the movie continues to see Tony getting the surgery to remove the shrapnel from his chest, hanging up his helmet for good, and throwing his Arc Reactor into the ocean. The problem with this is, why the hell would Tony do all of this and take away his identity of being Iron Man?

This all goes back to Tony’s quote in the beginning of the film “But threat is imminent, and I have to protect the one thing that I can't live without. That's you.” At the end of the day Pepper only lived due to Tony and his suits because without them, Pepper would have died in Killian’s “Red Glowing Super” machine and Killian would have ruled the world. If anything, that fight sequence where Pepper survived proved that Tony not only needs the Iron Man suits, but he needs to expand and make them better, stronger, faster, etc… Just because Tony no longer is Iron Man (no matter how public he announces it) this does not mean the villains are going to stop coming to his door to kill him or his loved ones. This movie says that the threats against Tony and the rest of the world are getting more perilous and that he needs to be ready to face them. But his response is throwing in the towel and not caring anymore. Either way we wouldn’t have an Iron Man for Avengers II.

Looking at Nolan’s Batman Trilogy, we end The Dark Knight knowing that Rachel has died and then at the beginning of The Dark Knight Rises, that Bruce has hung up his cowl for good. But it isn’t until the most terrible threat to Gotham rears it’s ugly head that the Caped Crusader returns to save the day. Now imagine all of that happening to Tony Stark, the man who always had his own selfish attitude and, after the death of Pepper, is wallowing in the deepest depression we have ever seen.

My final reason why Pepper should have died is because it robs Tony of his Phoenix moment that could have happened in The Avengers II Age of Ultron. When the Hulk, Thor, Captain America and the rest of the team are trying to take down a new threat to Earth and realize they cannot do it alone, they go to Tony to try and bring him out of retirement. But it wouldn’t be until Tony pulls himself up and rises from the ashes, that he dawns the suit once more and helps the Avengers save the world for the second time and becoming a hero we have never seen before. With Pepper dead, Tony would develop into a deeper, more interesting human being and watching him fight his inner demons and guilt in order to become the man he blames for his love’s death to rescue his friends, THAT is good cinema.

The fate of Iron Man and Robert Downey Junior in his Marvel career is uncertain. We know from the end of Iron Man 3 that while Iron Man is gone, Tony Stark will return for the Avengers sequel. Will Tony still suit up to join his team to save the day? Only time will tell….