Matt Smith may leave Doctor Who after next series

Just as the title says, no one is sure if Matt let slip in the video below that he's leaving, or if he just meant that there's a long break between production of the seventh series. Also, none of this has been confirmed or denied by BBC, Matt, or Steven Moffat.   Now that we've got that squared away, let's all spend a minutre crying over the fact that obviously Matt wants to leave Doctor Who and move onto the brighter and bigger Hollywood scene.  I understand why Matt wants to do that.  He's young, and the weather in LA is loads better than in Cardiff... But let's be honest Matt, you're still really young, and relativly unknown.. If he really wants to make it in Hollywood, he needs to stay in Doctor Who for a few more years, and wait to become a household name in the States.

David Tennant tried the American thing, and now he's back in the Uk making dramas for the BBC.  I have a bad feeling that the same thing could happen to Matt.  Matt has that syndrome that so many young actors get.. They think that if they stay in a role for more than a few years, their going to get type cast. This may be true, but at the same time, these are the roles that will make them famous forever.  That might seem funny, but look at someone like Harrison Ford, who was given the opportunity to play Han frakkin Solo, and asked George Lucas to kill him off in the third movie.. I've never seen anyone turn their back on a film as quickly as Ford did it Star Wars.. Although, I will admitt that he has come out in recent years, and admitted that Indiana Jones and Star Wars helped make his career.

I'm getting side tracked again because I'm so sad.  This article may seem mean spirited at Matt, and I'm sure Tennant stans are gonna be pissed as well, but the point is, I love Matt.  He's my Doctor.  I started with him, and I'll always love him more than anyone else who might come and fly the TARDIS (unless Rupert Grint was the 12th).  I don't think that any Tennant fan gave Matt Smith a proper chance when he first boarded the TARDIS back in 2009.  But, Tennant wanted out of Who.  There's a reason that River's storyline is so messed up.  It's becaue Ten was suppossed to meet River in the 5th series, but instead Tennant opted out, and River was left with an unexplained storyline. (If you're confused, remember how she says she knows all of the Doctor's faces, how could that be possible if Silence in the Library was the first time she met Ten????) 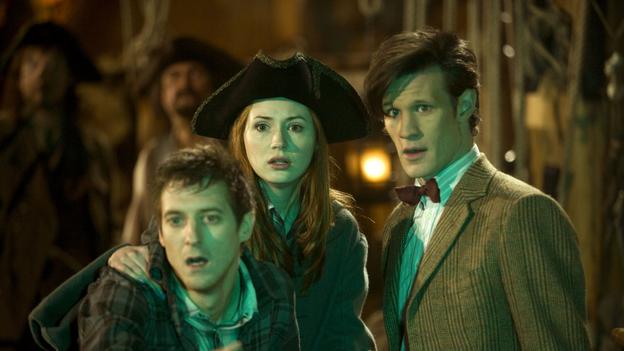 One reason that Matt 's Doctor is so unliked, was because he only had one (or two if you count Rory as a full companion) companion, Amy Pond.  The Ponds have been around for two full seasons, and with River dropping in for random cameos every few episodes, it seems the show is never going to leave that dysfunctional family behind.  Personally, I love the Ponds, and River, but I would love to see Matt choose another companion this seris.  If you would have told me five years ago that comedian Catherine Tate was going to be the Doctor's Companion I would have laughed in your face.  And now, she's one of the Doctor's most loved companions.. Steven Moffat is brilliant, and I'm sure he has some awesome things planned for series 7.

Okay, my rant is over.  Promise.  Hopefully this rant is all for nothing, and either Steven Moffat or BBC will confirm that Matt is staying for another series...  But if not, I'll still be watching.. With or without Matt Smith; the Doctor will live on.