The Guild (and their awesome guest stars) amaze me!

The Guild is pretty much the only online show that I watch, and for good reason.  I'm not a gamer (I did try out WOW after watching this show.. it wasn't for me), but this show is about more than a Guild of people playing a game.  Led by the nerdy/awesome Felicia Day (you'd know her from Buffy!) The Guild has grown up from a small web show with a small budget, to a larger scale web series, with tons of awesome guest stars!  Don't scroll down unless you're ready to be spoiled about the guest stars in the last few epsiodes!!

It amazes me that The Guild has been able to get so many awesome guest stars this season!  And it seems that every episode the guest stars continue to get better and better! 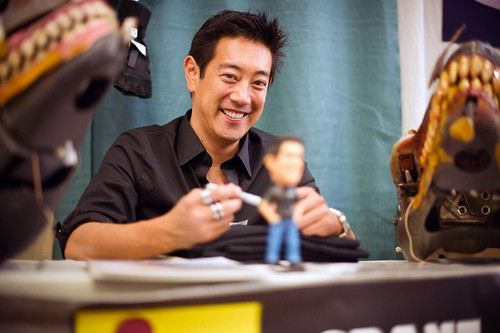 What other guest stars do you think will show up for the last few eipsodes of the season?