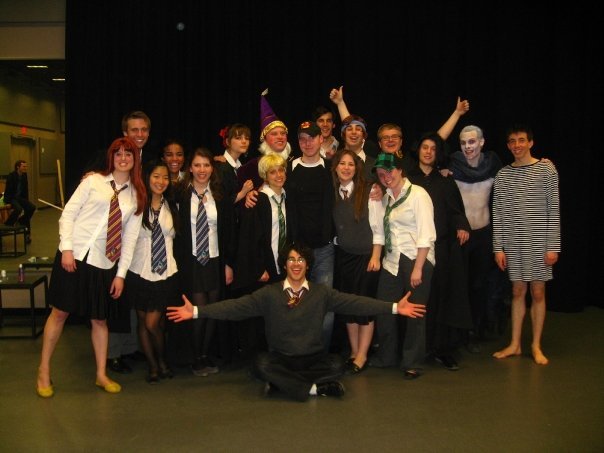 I could not be happier to announce that Starkid is going to be producing a Third Potter musical!  Nick Lang announced it a few nights ago at a charity event that the rumors were true!  I had heard for a while that another show was in the works, but since Darren Criss has been so busy with Glee, and the just announced stint on Broadway replacing Dan Radcliffe in "How to Succeed", I thought the show was dead.

But it seems like us, Starkid, wants to create another Potter musical!  And I could not be more excited about it!!  Have you seen the show, and will  you be tuning into youtube to watch the threequel??