Goblet of Fire is when the Harry Potter series ceases being childrens books, and instead becomes a series for adults.  This is one of the darkest books of the series, and really captures the horrors of Harry's life.  He leaves the Dursleys on bad terms (Like normal) and gets to attend the Quidditch World Cup with his best friends.  But it's from this point on, where Harry's life only gets worse.  His wand gets stolen, and is used to conjure the Dark Mark.  And of course, at first no one believes that he has nothing to do with is.  Eventually, Harry finds his way to school, and well, of course Hogwarts is going to play host to the deadly Triwizard Tournament. And someone puts his name in the cup.  But, once again, no one believes that Harry didn't put his name in the cup; even his best friend Ron.

But even the tasks aren't fun.  They're difficult, and for the first time in his life, it looks like Harry is going to fail at something.  He can't seem to find something that will help him breathe underwater, But who is there to save the day but our awesome House Elf, Dobby?!  It's really in this book, where Harry learns just how important his friends are to him, and his success.  For instance, he spent days working on the summoning charm (accio) with Hermione before the first task. 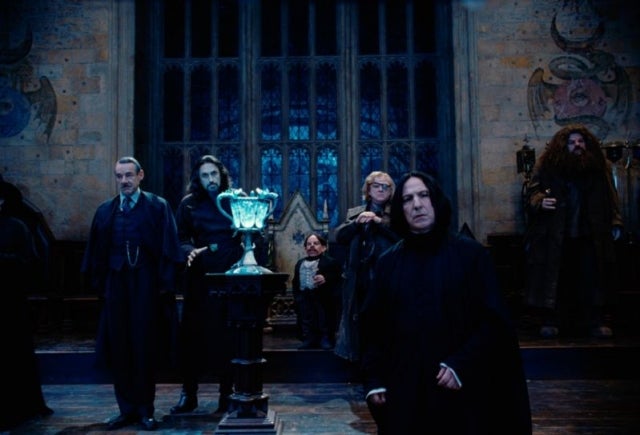 We lose an awesome character at the climax of this book, but this is just the first character who is going to lose his life during Harry's journey.  The next deaths are some of the worst in the series. Reading Priori Incantatem has made me even more excited to see The Forrest Again played out on the big screen.  Harry's interactions with his parents always strike's a nerve for me.

As I mentioned before, I've been busy writing for Frak Earth all day, and have got some really cool pieces out. I'm going to wrap up this piece with one final question.  In the first chapter, Wormtail actually seems to be protecting Harry.  If you are at pages 8-9 (US Edition) it actually seems as though Wormtail is trying to save Harry, and have Voldemort use someone else's blood.