LOST One Year Later: Have You Moved On?

We look back at LOST one year after the finale airing on ABC.  And we ask you if your thoughts have changed since you saw the Island one final time.

LOST was one of the greatest shows of its time, and as you can see with all of the other failed TV pilots like The Event and FlashForward, it's hard to keep a show on the air thats as confusing as LOST.  Lost was amazing because it took audiences everywhere, and yet never gave everyone answers. Well, that started making some fans angry, but for a while, it kept the show afloat.  The first season was one of the greatest seasons I've ever seen on television, and set an almost impossible stage for the next five seasons that followed.

Lost told the story of a group of strangers who are forced to live and grow with each other while living on a mysterious Island that may or may not be ruled by a group called "The Others".  As you can see (and those that have watched the show know) even the shows plot was extremely hard to understand.   Early on in the show, we watched as the survivors of Oceanic flight 815 learned to survive on an island that seemed to have some sort of paranormal power.  We discover there is a monster, later named The Black Smoke or The Smoke Monster, that 'lives' on the island.  It takes about five seasons for us to realize that it can take the physical form of someone who died on the island. 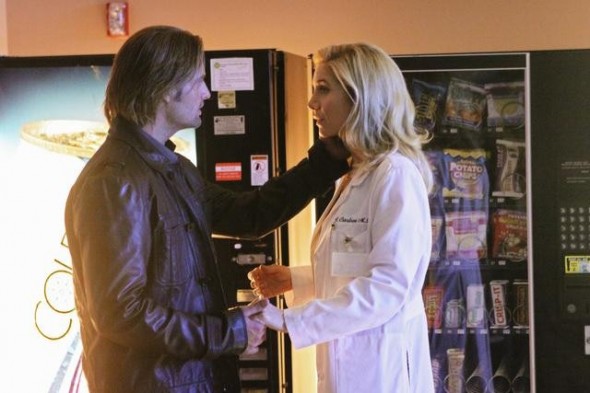 As the story began to morph into something far different than the early seasons, fans began to falter and question the creators and producers decisions on the show.  Fans began to wonder if half of the questions raised in the show even had answers.  For instance, did that bird really say Hurley's name?  Why can women not have babies?  Was it because of the bomb going off in season 5?  Also, how did everyone survive the bomb going off?  Why did the Others want Walt?  Shall I continue?

The finale promised fans answers, but of course, not every question could be answered in a 2 and a half finale.  I remember watching the finale like it was only yesterday (I can't believe it's been a year already), and remember the confusion and anger I felt directly after the episode ended.  And I wasn't the only one.  Fans revolted, and tweeted nonstop about how they were betrayed by Damon Lindelof and Carlton Cuse, the two executive producers of the show.  Both had gone radio silent after the finale, saying they wanted fans to decide for themselves what the finale meant to them.

A year after the finale, I've got to say that my opinion has changed from what I had originally thought of the finale.  As I mentioned before, I wasn't blown away by the finale.. Like many others, I felt as though the finale answered no questions, and sort of just let me down.  Why were there two separate worlds and what the hell was up with that church??  But now looking back, I love every minute of it.  The flashes that each character gets to remember their time on the island are all done perfectly.  It brings everything on the show full circle.  We've seen a bearded/crying Jack become the hero/leader that he was born to be.  The island was his destiny, and after six seasons, and a trip back, he finally realized that he was meant for something more.

If you're still in mourning (like me) then check out these two awesome videos.  The first is a tribute narrated by Samwise from Lord of The Rings.

The second if an awesome song written about LOST.  Honestly, it's a great song.

We all know the finale had some weak moments (like the fact ABC decided to put random footage of a plane during the credits to confuse fans even more and send fans to the Internet to come up with a crazy theory about how Lapidis's plane had crashed)....

But overall it was a great ride.  Now that you've had a year to think about the LOST finale, what are your final thoughts?  Was the LOST finale just as horrible as you thought when the screen went black and LOST flashed on your screen one final time, or did you learn to appreciate the end of a great era of television?

Reply Kimberly Morris
1:05 AM on June 8, 2011
I'm like crying reading this post. I agree I hated the finale at first but you make some valid points. I need a rewatch and I know I will probably fall in love again. Can we have a summer session puh-lease? And I'll never be lost again... BEST song ever. I have it on my iPod

Reply Kimberly Morris
1:06 AM on June 8, 2011
Side note, remember a few weeks ago when you werent.. in the best state of mind.. and you drew me a map of the island in the dirt outside Cortner. Good Times.