JJ Abrams and Ben Join Forces (Not on the Island) 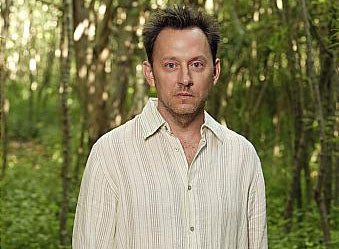 Fans of ‘Lost’ will be stoked to find out Michael Emerson (Ben) will be teaming up with creative mastermind, JJ Abrams, in their new pilot, ‘Persons of Interest’. But that’s not even the most exciting part of the news! The plotline focuses on Emerson’s character “who hires a presumed-dead ex CIA agent to fight violent crime in New York City.” Hmm, how similar does this sound to Charles Widmore’s role on ‘Lost’? The show will be produced by JJ Abrams (‘Lost’ Alias”) alongside Jonah Nolan, brother of Christopher Nolan (‘Batman Begins’), who co-wrote both ‘The Dark Knight’ and ‘The Dark Knight Rises.'

But as you’ll remember, JJ Abrams already had another project, ‘Odd Jobs,’ that was set to star both Emerson, and fellow ‘Lost’ alum, Terry O’Quinn. This project has been postponed, and probably won’t see the light of day, unless ‘Person of Interest’ gets canceled.

Reply Kimberly Morris
10:37 AM on March 2, 2011
Anything with any Lost cast member (minus Juliet because she SUCKS) will draw my attention. Two people related to Lost? It will be GENIUS!