Thanos Confirmed for Avengers 2 & Guardians Of The Galaxy We knew that there's a reason that Joss put Thanos in the first credit scenes directly after Avengers.  I'm certain that both him and Marvel have big plans for the Marvel baddie and many are reporting that Thanos will be in both Avengers 2 and Guardian's of the Galaxy.  How can Marvel do this? My roommate and I discussed this last night. We think that there's a possibility that Loki actually wanted to be captured and that losing the war was all part of an elaborate plot.  Loki and Thanos are working together to get the Infinity Gauntlet back from Odin's Trophy Room.  And look where Loki is now; Thor took him back to Asgard which puts him in a great position to steal the Gauntlet. 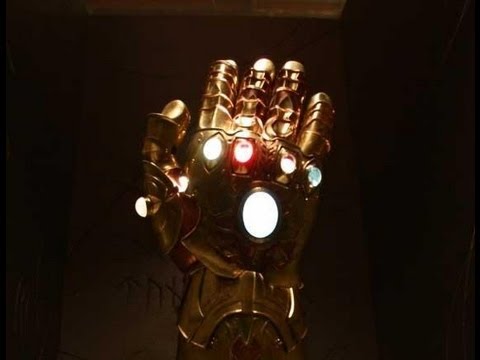 Although I don't really know what Marvel has planned, in my mind, Loki will steal the Gaunlet at the end of Thor 2 and then join forces with Thanos for a sick ass battle in Avengers 2.  I'm not sure if the Guardian's of the Galaxy will make more of a cameo in Avengers 2, or if they will be interwoven into the main plot.  At this point, the Avengers 2 is going to be bombarded with more superheroes than the first time- especially with the addition of Ant-Man and possible Bucky Barnes aka Winter Soldier.

Adding in the Guardians of the Galaxy would be awesome, but I'm hoping that Marvel doesn't overload the big screen.  It was hard enough getting each of the Avengers enough screen time in the first Avengers movie to even imagine how difficult it will be for Joss to add in 5 more superheroes to the mix.  And so far, none of them are female.

I know I keep tweeting about Marvel green-lighting a female led action movie, but I really, really, think it's time to see Black Widow in her own movie.  Marvel has a lot of bad ass girls that they could add into the film such as Scarlet Witch, but so far, they've stacked it with even more men.  Joss Whedon is a self-proclaimed feminist, which hopefully means he will add in at least one more female Avenger into the mix.

Now that Thanos has been confirmed for both Avengers 2 and Guardian's of the Galaxy, how do you think he will be interwoven into both stories?