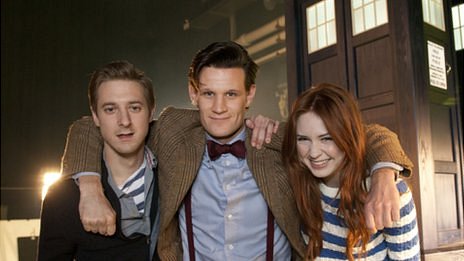 Great news for Whovians!  Doctor Who has begun filming its 7th season!  This season is probably going to be the most different for fans fo the 11th Doctor.  The end of last season, he married his companions' daughter, River Song, and then sent her to jail for him so he could go back into hiding. Up until the finale of season 6, I was a huge fan of River, but after seeing her give-in to the Doctor and willingly go to jail for him, sorta killed her character for me.

We haven't heard about any other casting news so far. Check back for more details!